After the tremendous amount of praise surrounding this novel, The Wangs vs. the World by Jade Chang was yet another book I purchased and immediately bumped to the top of my reading list. However, this novel became yet another “notable” book of 2016 that failed to strike a cord with me.

In this novel, Charles Wang is a Chinese immigrant who has carved out a very lavish life for himself, his second wife Barbra, and three children Saina, Grace, and Andrew with the tremendous success of his cosmetics empire. However when this comes toppling down with the rest of the market in 2008, Charles decides to return to his homeland and reclaim his ancestral lands that were confiscated under the Communist regime. Before he can do this, he first pulls Grace and Andrew out of their respective schools and drives cross country in his first wife’s vintage car to Saina’s upstate New York home, which becomes the overall focus of the novel.

Although the premise of this novel seems to lend itself to endless humor, I was less than amused. While I commend Ms. Chang on her ability to create five main characters with such distinct voices, I found all of them to be quite unlikeable and therefore struggled to really empathize with what they were going through as a family. I was also very frustrated by Chang’s decision to write parts of the novel’s dialogue in Chinese. While I understand the desire to create an authentic portrayal of a blended Chinese-American home, I found myself lost in translation at key moments in the novel. In fact, I’m honestly still at a loss for what exactly happened in regard to Charles’ health and his ancestral lands because of how much Chinese riddled the last few pages of the novel.

Ultimately, reading The Wangs vs. The World was very comparable to my experience reading The Nest by Cynthia D’Aprix Sweeney. Just when I started to warm up a bit to these utterly unlikeable characters, they did something inexcusable which left me questioning why I even bothered to continue reading. Despite all the hype surrounding this novel, I would definitely not recommend it.

Let me know in the comments below what your thoughts were on this book! 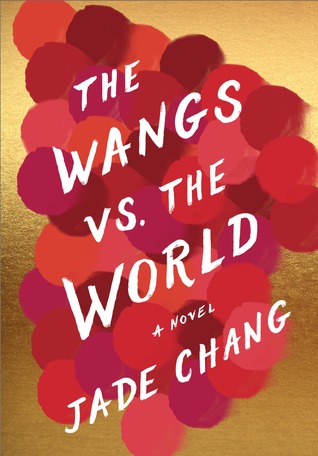 One thought on “Review of The Wangs vs. the World by Jade Chang”